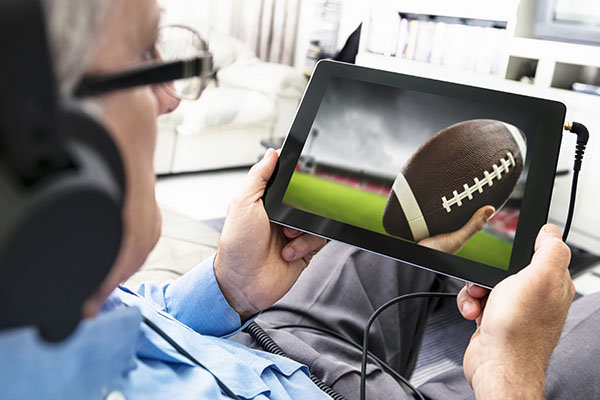 Time just continues to fly by. It’s hard to believe that we are already in the second month of 2022. And the big day is quickly approaching. Which big day? Super Bowl!

Playoffs have been exciting so far and, based on reported ratings, the games have the attention of the public. When it comes to the big game, we are certain that people viewership will be high.

The days leading up to Super Bowl are great opportunities for retailers to reach these potential shoppers. These shoppers are primed to get deals so advertising will be key – especially for local retailers.

So, who are these listeners and how do they spend their money? Sixty-three percent of adults 21+ who regularly listen to playoff games and Super Bowl on the radio have an annual household income of $75K or more, according to MRI-Simmons data.

Sports events like these bring out the foodies in everyone. Many of these listeners purchase their meals at quick-serve restaurants. In the past six months, 92% have made purchases at fast-food restaurants and drive-ins; they are 28% more likely to spend $51-$200. If you are wondering why, it’s because 50% agree that eating at a fast-food restaurant is fun.

Sixty-eight percent of these listeners prefer foods cooked with bold flavors, and 78% use food to bring family together. Advertisers trying to reach these listeners should be certain to incorporate messaging that includes the importance of family gatherings sharing seasoned and flavorful foods.

The Numerator survey noted that 69% of the Super Bowl watchers planned on buying alcoholic beverages. This falls in line with the consumption habits of playoff and Super Bowl radio listeners. Seventy percent of these radio listeners have had an alcoholic beverage in the past six months. These radio listeners also consume soft drinks. They are 36% more likely to have had three or more soft drinks in the past week and 86% more likely to have had a diet version of that soft drink. This is great news for supermarkets, beverage distributors and liquor stores alike! Hearing the sound of a cork popping, a beer being poured or the fizzle of soda on the radio brings those images vividly to the minds of any radio listener.

Whether you’re trying to reach a general fan or super fan, radio reaches them during the playoffs or for the big game. Who doesn’t love the excitement that these events bring?

It doesn’t matter if it’s the love of the game or the love in their lives, radio matters. Radio delivers the excitement of the game with its incredible ability to paint the picture and create the imagery of the action in our minds as they occur live.