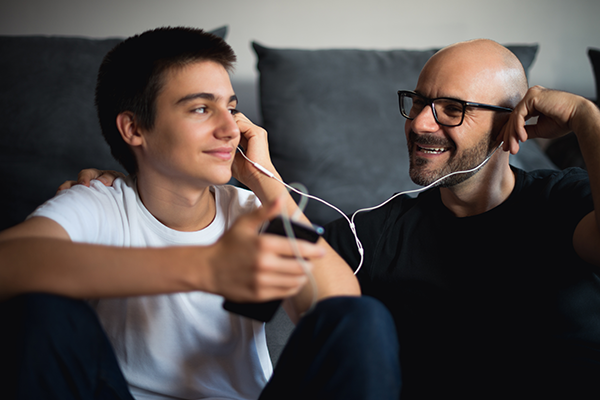 We will hazard a guess right now that you, the reader of this article, are not a teenager. So we at Edison Research will tell you exactly what we think of teenagers: They are important. They are especially important to radio and to the businesses that want to reach them, and we have new research to tell us why.

The latest study commissioned by the Country Radio Broadcasters in recognition of the 50th Country Radio Seminar, Understanding Parents, Teens, and Country Music, focuses on the nature of relationships between teens and their parents, how they bond over music, and how each one influences the other. Admittedly an oft-overlooked demo, here we consider the power of teens to influence the habits of their parents, and we recognize they are the 25-54s of the next decade and beyond. We conducted an online survey of 1,909 parents of teenagers and 459 teenagers, and conducted in-person interviews in the homes of families in Alabama, Connecticut, and Minnesota.

First off, imagine your target audience of adults 25-54 and consider their households. Who else lives there? In many cases, teenagers. Just under one-third of all 25-54-year-olds and half of 35-44-year-olds have one or more teenagers in their household, according to Edison Research and Triton Digital’s The Infinite Dial survey. How might those teens and their parents influence each other when it comes to listening to music?

Parents and teens share time listening to music, and bond over music. Almost all families (94%) listen to music together at home. Although we might picture teens being loath to admit any type of bonding activity with their parents, 60% of teens agree and three-fourths of parents agree that listening to music together is a bonding activity for them.

However, teens influence parents when it comes to technology. Perhaps not surprisingly, 68% of parents say that their teenagers assist them with new technology, and over half of parents say that they learned about at least one music streaming service from their teenager. The information is flowing upstream from child to parent and is evident in the fact that 25-54-year-old parents are more likely to have used a streaming service (39%) than those 25-54-year-olds without children (32%), according to Share of Ear® data. Today’s teens are so comfortable with technology that almost half of them find it easier to listen to music on a smartphone than on an AM/FM Radio — a finding that may be unimaginable to most of us non-teenagers but makes perfect sense to someone who has grown up with a smartphone in their hand. Seventy percent of teens listen to music most often on a smartphone.

Country music has multi-generational appeal. Don’t let this point get lost in the midst of conversations about FM and streaming, and remember that this study originated with Country music. In an audio world with what feels like limitless choices, Country music manages to offer something for the whole family. Ninety-two percent of parents of teens and 78% of teens agree that Country Music is family-friendly. Almost three-fourths of parents and 57% of teens say that Country is a genre the family can agree on. They can agree on the genre because they like many of the same songs — 71% of parents and 74% of teenagers say their taste in Country songs overlaps.

So if all of this is a lot to digest, don’t despair. Our research suggests that radio and advertisers should instead rethink the longstanding strategy of waiting until teens grow into the “money demo” of 25-54, and recognize that teens are actively changing the behaviors of your target right now. In the next article, we offer suggestions on just how to do that.

How are you engaging with tomorrow’s “money demo”?

One thought on “Why Teens Matter, Part One: Understanding Teens’ Influence”