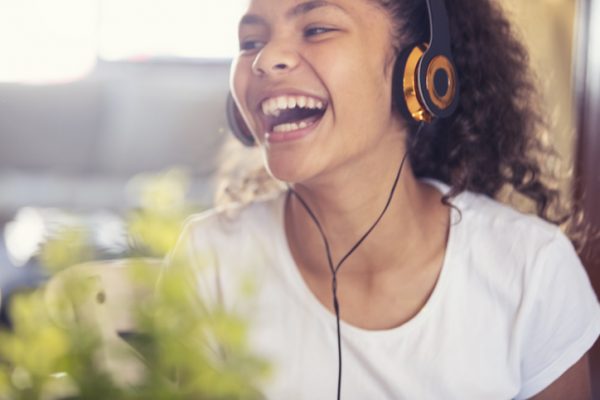 You may be looking at this title and are thinking “Gen Z doesn’t listen to the radio; social media is where you reach them.” Did you know that radio reaches nearly 44,000,000 Gen Zers every week, according to Edison Research? While this group makes up around 20% of the U.S. population, per Statista, there is no denying the listening power of Gen Z.

Before diving into this blog, we need to better define who Gen Z is. Generally, Gen Z can be defined with varying end years (2010, 2012 and 2015 being the most common), for the purpose of this blog, we are going to focus on the 9-24 age group. While millennials grew up with the beginning of the internet as we know it today, it’s Gen Z who grew up with the social media ecosystem and the introduction to modern smartphones and smart speakers. Through these devices, Gen Zers are always connected with friends, family and social media influencers. With that being said, it is truly no surprise that, according to 2020 MRI-Simmons data, over 70% of 18+ radio-listening Gen Zers used Facebook in the last 30 days and over 72% of 18+ radio-listening Gen Zers used Snapchat in the past month.

Gen Z connects with radio and radio personalities on-air. According to Nielsen’s RADAR data, 78% of them listen to AM/FM radio. While many listen in the car, radio listening also occurs across devices and platforms, via a smartphone, tablet, laptop and even a smart speaker. Radio reaches them through the tech they are accustomed to while delivering the news and entertainment they trust. In fact, in Edison Research’s “Radio’s Roadmap to Gen Z Listenership,” some qualitative interviews they did with Gen Z radio listeners found that:

While Gen Z is listening to radio, they are also contributing to the growing listening patterns in other audio options, like podcasts. According to a Morning Consult survey, nearly 32% of Gen Zers consider themselves regular podcast listeners with categories like comedy, true crime and pop culture piquing their interests.

Audio is hot! Even social media platforms like TikTok and Twitter are taking notice and are better serving users by including audio into the mix of their visual-heavy content. For example, on June 17, 2020, Twitter began experimenting with Twitter Audio, a function that allows users to upload audio as tweets to expand on its “280 characters” and TikTok, a fan favorite for Gen Z, has created a podcast called “For You Podcast,” hosted by one of its creators, Brittany Tomlinson – also known as Brittany Broski. But the big trend right now is audio apps, like the ever-exclusive Clubhouse platform, as well as new audio projects in development from Twitter, Twitter Spaces and Facebook announced it’s in the works of creating its own app to rival Clubhouse.

Gen Z artists are using social platforms like Soundcloud and TikTok for distributing music. Why? It is because they still value the experience of hearing their songs on the radio. If you know a  Gen Zer, you’ve probably heard the song “Drivers License” by Olivia Rodrigo. When her song played on the radio for the first time, she was tuning in to a local radio station and shared the video on social media with the caption “heard my song on the radio for the first time the other day. somebody say sike rn [right now].” Her live reaction is a reminder that for young artists, being on broadcast radio is still a pivotal moment in their careers.

Rishad Tobaccowala said in RAB’s most recent sizzle video, “Radio works because it is audio and audio is the most important way to tell stories and move people.” By telling stories and keeping listeners connected, radio holds its title as the first social medium; it keeps Gen Z tied to their local communities while delivering the information and entertainment they need from radio personalities they trust.