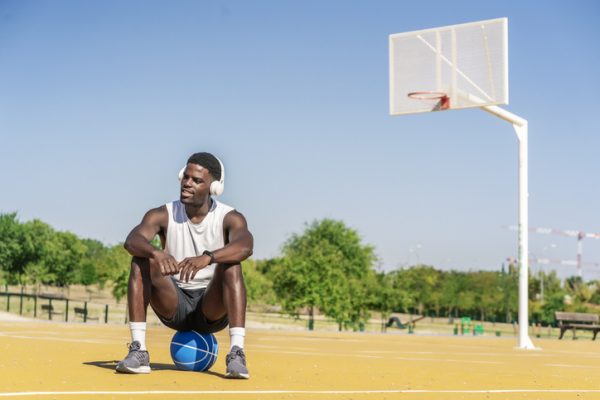 We’re leaving the dreaded winter behind. The weather is warming, and the days are getting longer. In other words, cherished springtime is here. This is creating a common desire among people in the U.S. – they want to be outside.

The U.S. is a nation of sports enthusiasts. Whether it is local high school football or the beloved local pro team, Americans are interested in exercising/training, playing sports and watching/listening to sports.

Sports participation in the U.S. remains at high levels, presenting a huge opportunity for sporting goods retailers. People of all ages and walks of life keep active daily.

According to IBISWorld data, 20% of the U.S. population participates in sports, exercise or recreation each day. Education levels seem to affect sports participation in adults, however. According to data from the U.S. Bureau of Labor Statistics (BLS), participation in sports among people with a bachelor’s degree is twice as high compared with individuals with a high school diploma. During the past decade, the percentage of individuals in the U.S. with a bachelor’s degree has grown consistently, contributing to growth in sports participation.

Men tend to gravitate more toward football and basketball, while women tend to participate in yoga and aerobics.

According to the Sports and Fitness Industry Association and the Aspen Institute’s State of Play 2021 report, the sports most popular among children aged 6-12 who regularly participate in sports are bicycling, baseball, basketball, soccer, tennis and golf.

Participation in sports took a hit in 2020, as most things did. Sporting goods stores, fitness clubs and other similar businesses had to shut their doors due to the pandemic. In early 2022, however, restrictions have largely been lifted, and as mentioned previously, spring is awakening not only nature, but also the wish for Americans to return to their previously active lifestyles.

As is true in most cases, radio can effectively reach people interested in sports and exercise. This means that sporting goods retailers should be certain that radio is included within their media mix when reaching prospective customers.

Radio reaches 86% of people who exercise regularly, as well as 87% who bought athletic shoes in the last 12 months and another 87% who bought any sports equipment (weights, yoga equipment, etc.) over the same period, per MRI-Simmons.

More than 90% of radio listeners regularly keep up with pro sports:

Radio also reaches 87% of individuals who rate themselves a 10 out of 10 when it comes to their interest in pro sports.