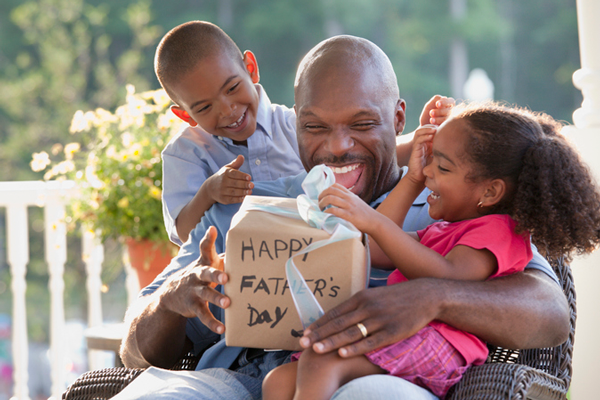 Dad. Father. Pop. Pappa. These are just a few of the names children will use when referring to the paternal figure in their lives. This post looks into the people that are celebrated and recognized on Father’s Day.

First designated as a national holiday in 1972, Father’s Day has a longer history. The holiday’s origination has been attributed to an idea in 1909. A young woman was listening to a sermon on Mother’s Day and thought of her father, a civil war veteran, who had raised her and her five siblings after their mother died after childbirth.

Originally created as a religious holiday, Father’s Day has become a commercialized holiday that has a positive impact for retailers of various goods and services. According to the National Retail Federation (NRF), spending this Father’s Day is expected to be nearly flat to 2020 spending at $20 billion dollars.

According to the NRF’s consumer survey, 76% of adults ages 18 and older plan to celebrate this year. Celebrations will be comprised of gift giving, experiential (special outing or dining) and more, spending nearly $172, on average. Consumers will look for special items to commemorate and recognize the father or special man in their life. Forty-four percent want to find a gift that is unique or different, and 37% want to find a gift that creates a special memory. Retailers should include this messaging and ideas when promoting Father’s Day sales and items, because 30% of consumers will look to retailers for gift ideas and inspiration.

Since clothing is one of the top gifts given, how do dad’s view themselves with it comes to the clothing they wear? Adult men who have children under the age of 17 living at home have specific views fashion and style attitudes, according to MRI-Simmons 2021 Fall Doublebase. Thirty seven percent of men with children believe that what they wear is more about function over fashion, 46% see their fashion style as more mainstream. Only 6% believe in fashion first while 11% like to be fashionable on a budget.

With many consumers looking to retailers for ideas, retailers and restaurant advertisers would do well to include broadcast radio as part of the Father’s Day campaign plan. Sixty-seven percent of adults who purchased a Father’s Day card tune into broadcast radio. Along with the fashion and style attitudes, Father’s Day shoppers should also have additional insights into the “dads” in their lives.

Sixty-six percent of these men agree that “life should be as much fun as possible,” and 50% state that juggling family and work can be stressful. Those shoppers who are considering an experiential gift should plan on something that allows for fun and relaxation. Are you planning an outing that consists of food or dining out? These men have unique views – 63% agree that going out to eat is all about the “experience” and ordering a lot of food since 42% of these men expect to have doggie bags to take leftovers – enough for another meal.

It should also be no surprise that children are important to fathers. While Father’s Day may be about giving gifts to dads, advertisers should note that reaching children is important too since dads are 29% more likely than the U.S. population to be influenced by their children to purchase certain brands.