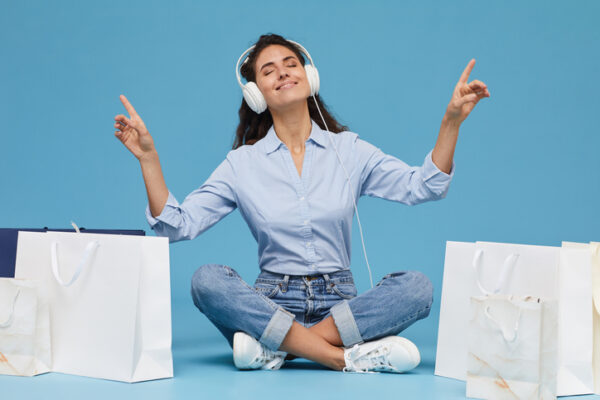 Radio continues to be a channel that engages and influences listeners across all demographics. While much has changed since its inception, radio holds strong as a medium that people trust and truly tune in to, making it a great opportunity for any advertiser.

END_OF_DOCUMENT_TOKEN_TO_BE_REPLACED 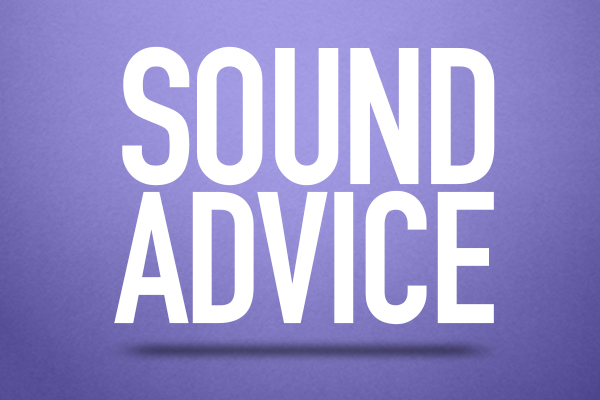 Experts discuss what it takes to create great radio ads.

“The beauty of a creative field like advertising is that you are always learning,” says Mark Gross, co-founder and chief creative officer at Highdive Advertising. Gross is the real genius behind the iconic Bud Light “Real Men of Genius” campaign. “Great ideas are a team effort,” Gross says, reflecting on that campaign. “Great ideas for radio aren’t always great ideas for other [media] and you never really know when you have an award-winning idea on your hands.”

For more than 30 years, the Radio Mercury Awards, produced by the Radio Advertising Bureau, have celebrated creativity in radio with hundreds of chief creative officers from a range of agencies and brands listening, discussing, and collaborating to ultimately identify and award the best audio campaigns and radio commercials. Here, a select group of those celebrated professionals share guidance, inspiring campaigns, and best practices for raising the volume on radio creative.

How to Train Others to Create Great Audio

Creating an unforgettable ad requires creativity and a mind for solving business problems; creating unforgettable and effective radio requires a passion for the craft. “While there are things you can train people for as far as craft, there are also things that, as a writer, you need to work on yourself,” says John Fiebke, head of copy at FCB Chicago. “Becoming a great writer requires falling in love with language – and love requires obsession.”

Teaching how to create, regardless of media, is grounded in inspiration, and every creative professional interviewed for this story agrees that when it comes to radio, the first step toward finding inspiration is to listen. Erik Fahrenkopf, creative director at Wieden + Kennedy, inspires his team with examples of the smartest, funniest, and most unexpected radio campaigns he has ever heard. He encourages them to “nerd out” on spots they love and to analyze why they like them.

“Radio,” says Aldo Quevedo, CEO and creative chairman at BeautifulBeast, “is the best way to exercise the craft and push beyond visual crutches.” His advice to writers is to outline the story, turn an ordinary situation into something interesting, invent characters that are central to the story, and see where it goes.

While that process can be frustrating, if not downright scary, Wendy Mayes, creative director and writer at Plot Twist Creativity, suggests it’s just the starting point to learning how to write for audio content. “Go to work with a dozen concepts before writing a 30- or 60-second spot,” she says. “Make sure it sounds solid as an idea before filling out the spot. Then once it is written, plan on re-writing it over and over and over until every single part of it works.”

Dissecting the Best of the Best

When asked about the best radio creative he’s ever heard, Fahrenkopf from Wieden + Kennedy points to Bud Light’s Radio Mercury Award Best in Show–winning “Real American Heroes” campaign. Highdive Advertising’s Gross, who created the campaign, says what made it so special was how the writing immediately painted a picture for the listener. As soon as the announcer says “Mr. Bowling Shoe Giver Outter,” Gross says, the listener gets it.

When Josh Grossberg, executive creative director at McCann Health, was asked about the best radio creative of all time, he likened it to identifying the best dessert because there are limitless answers. However, he says it’s hard to beat the National Thoroughbred Racing Association’s campaign created by Devito/Verdi. “The second it starts, you’re immediately in the world of horse racing,” he says. Instead of simply being told how exciting it can be, “[the ad] made you feel it,” Grossman adds.

Chris Smith, principal and chief creative officer of Plot Twist Creativity, points to Dos Equis’ “Most Interesting Man” as another iconic campaign. “The writing … made me envious,” he says. “I found myself repeating the lines all the time. To me, lines are 85 percent of what you’ve got, and it doesn’t have nearly as much weight in any other medium.”

But for Smith, it was the Motel 6 “We’ll Leave the Light On” campaign that perhaps had the most influence. “It is why I decided to do this for a living,” he says. Prior to founding Plot Twist Creativity, Smith spent 22 years at the Richards Group where he was a creative director working on the Motel 6 account. Thirty-six years later, the campaign, famously voiced by Tom Bodett, is at its core unchanged, but it’s unique and refreshed executions are still as relevant as ever.

Creating the Theater of the Mind

“Radio requires more imagination than almost any other medium. You’re trying to make other minds imagine a world that’s not actually there. With static image-based executions, it’s all there. You see what you get,” FCB Chicago’s Fiebke says. “When the mind is triggered by sound, it imagines something far more amazing than what any affordable video special effect is capable of.” This may be why radio and audio creative, with some exceptions, is often the last box to be checked by brands and their agency partners — it’s difficult to do, and there is no special visual effect to hide behind.

But Quevedo of BeautifulBeast advises brands to lean into that challenge and start with radio when developing campaign work. Dedicate time to the work and create with an understanding that the message will be consumed when people are doing other things, he says. Make it hard to ignore, he emphasizes, and all other media will fall into place.

Plot Twist Creativity’s Mayes makes a similar point to Fiebke’s and Quevedo’s: “Whether it’s radio, podcasts, in-store announcements, or a guy with a microphone and a sandwich board, it needs to be entertaining and grab the listener’s attention within seconds,” she says. “There are no visuals to rely on, so what a person hears needs to make an impact. Don’t wait for a slow build. Entertain from the beginning.”

A recent neuroscience study conducted by Alter Agents for Audacy reinforces what Mayes and many of the other experts are saying: In measuring immersion, which the study defines as attention plus emotional connection, before, during, and after hearing a radio commercial with frequency over time, the study shows that the best radio commercials hook the listener from the beginning. Spots with high rates of immersion did a great job of explaining “What’s in it for the customer?” and carrying that message through to the end, the study found.

Creating a spot that builds an entire world for the reader and still drives home the brand’s key message takes a deceptively large amount of work. Editing, the experts say, is key.

“Edit mercilessly,” says Robin Fitzgerald, chief creative officer at BBDO Atlanta. “Cut lines and words, even though you hate to do it. You need to give the idea room to come to life.” 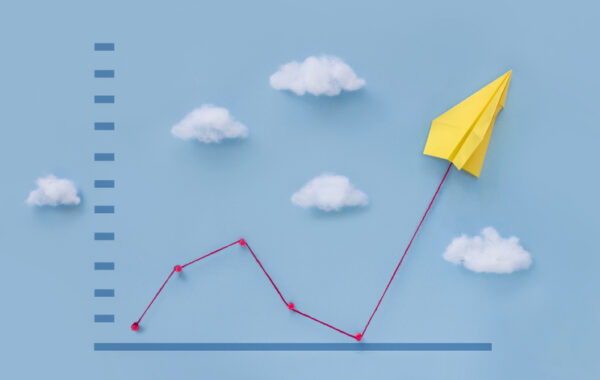 Radio can help brands and businesses grow in a number of ways. Whether the goal is to drive awareness, traffic, or sales, radio can be a key player in a brand’s media plan. In fact, according to a 2020 iHeartMedia survey, radio is the No. 1 trusted medium in the U.S., with 75 percent of respondents saying they trust radio for the information and entertainment it delivers.

Through a Radio Works series of online, members-only events, the Radio Advertising Bureau (RAB) has taken a deep dive into more than 18 categories of business, including healthcare, automotive, retail, and restaurants, among others. While each category is unique, one thing remains consistent across the board: radio can be an effective way to drive business and brand growth.

END_OF_DOCUMENT_TOKEN_TO_BE_REPLACED 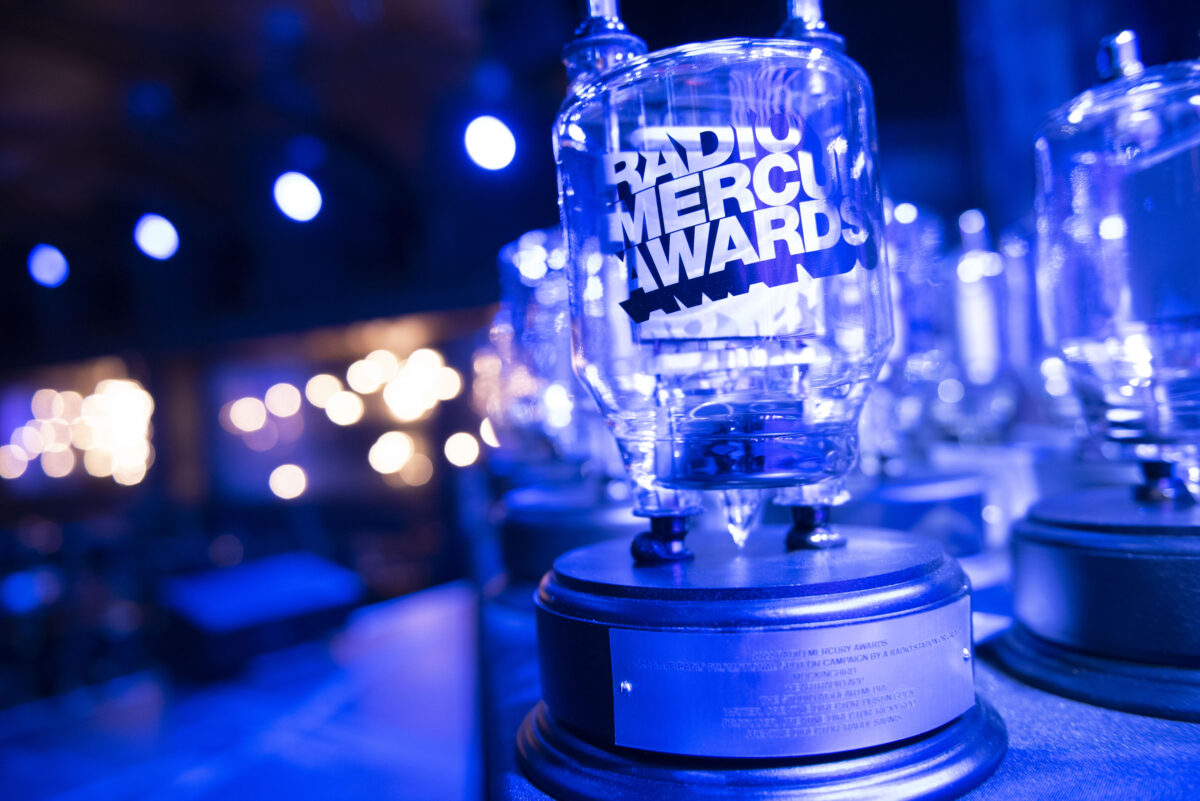 After two years of virtual awards events, on Thursday, June 9, radio and advertising creatives gathered at Sony Hall and others gathered virtually to celebrate the winners of the 31st annual Radio Mercury Awards. Produced by the Radio Advertising Bureau, it is the only awards competition that exclusively honors creativity in radio and audio since its creation in 1992. Approximately 20,000 commercials have competed for close to $3.6 million in prizes.

END_OF_DOCUMENT_TOKEN_TO_BE_REPLACED 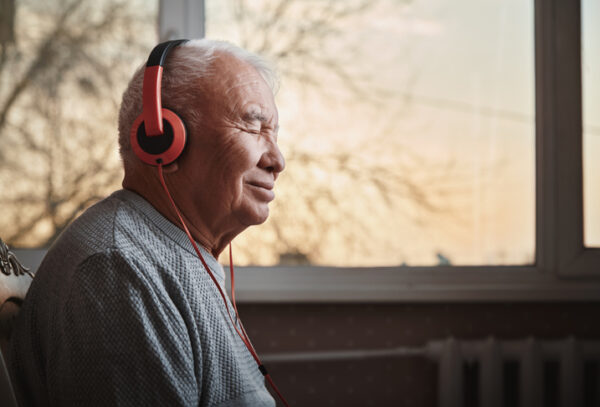 When it comes to consumer groups, most businesses focus on reaching millennials or the upcoming Generation Z. While these groups may be seen as influencers as well as future retail and services consumers, businesses may be missing an affluent and powerful consumer group – baby boomers.

END_OF_DOCUMENT_TOKEN_TO_BE_REPLACED 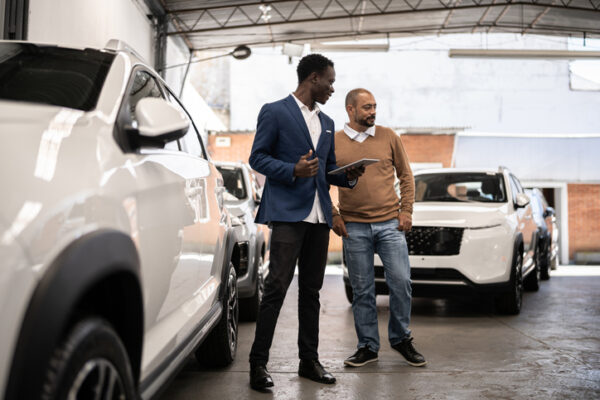 The pandemic has brought unprecedented disruption to the automotive market, from used car price spikes to rising fuel costs forcing consumers to dream about electric vehicles. Has the dust started to settle, or is there still more change to come?