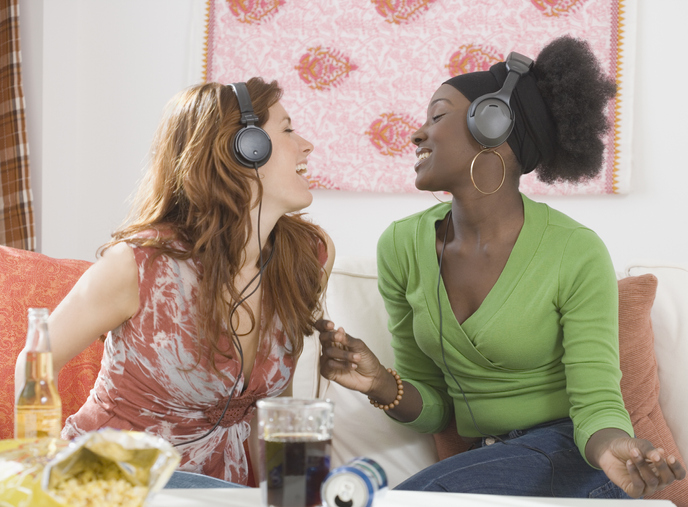 The events of 2020 have magnified the importance of reaching ethnically diverse consumers. Advertisers across a wide array of categories, from Main Street to Madison Avenue, have increased their focus to reach Black/African American and Latino/Hispanic consumers. Knowing the media habits of each of these audiences is important to connect with them.

Based upon the available data from the latest Total Audience Report released by Nielsen, radio has the highest reach versus other media options for both Black and Hispanic consumers ages 18 and older. Broadcast radio reaches 87% of Blacks 18+ and 92% of Hispanics 18+.

Thanks to technology, radio can be tuned into beyond the home. As more people continue to leave their homes and commute to work, they are in vehicles and have various audio options available to them. Despite these options, AM/FM radio ranks the highest as an audio source ever used in vehicle, not only among the entire U.S. population, but also among African Americans and Hispanics. 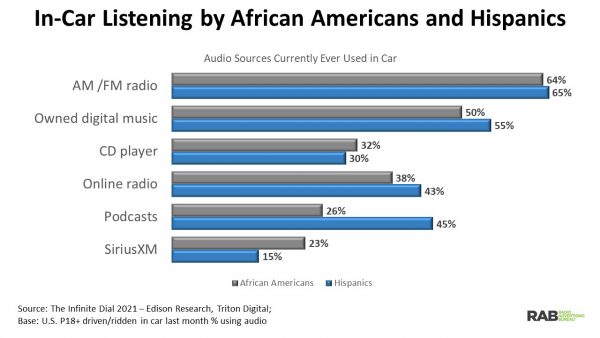 According to Edison Research’s The Infinite Dial, done in partnership with Triton Digital, 64% of African Americans 18+ and 65% of Hispanics 18+ currently use radio in the car – significantly higher than owned digital music or satellite radio.

Consumers also tune into radio online. Online audio, defined as AM/FM radio station listening online and/or listening to streamed audio content only available on the internet, is also tuned into via a cellphone in car. African Americans 12+ will listen to online audio more in car than the total population (57% versus 50%) and Hispanics 12+ (43%).

When not in car, Blacks and Hispanics spend more time listening to online audio than the total population. Hispanics 12+ will spend nearly 19 hours each week listening to online audio and African Americans 12+ will spend just slight less at 17.9 hours, based on this same report. However, this time spent is much higher than the total population – 16.2 hours weekly.

When consumers tune in, advertisers should take note that the listener may not be alone. According to the Infinite Dial, 51% of the total population ages 12 and older frequently/sometimes listen to audio with other people. Blacks/African Americans tend to listen more with other people (52%) while 48% Hispanics say they do.

What does this mean? Audio, and radio specifically, has a role in the daily lives of Blacks and Hispanics. Not only does radio have higher reach versus other options, Blacks and Hispanics engage with radio across devices and platforms and may do so with others. Including radio within any ad campaign, both broadcast and online, is a must to reach these diverse consumers.